The Snead State Community College men’s basketball team saw its historic season end Monday night after a 119-82 loss to the College of Southern Idaho in the opening round of the NJCAA Men’s Division I National Basketball Tournament in Hutchinson, Kansas.

It was Snead State’s first trip to the tournament in 28 years. They finished with a 25-8 record, going 15-2 in the conference and earning the title of Alabama Community College Conference/NJCAA Region XXII champion.

“Even though we lost our first game of the tournament, the trip to Kansas has been a great experience for our guys,” said Head Coach Jeremiah Patterson. “I wish we had played better, but we played one of the best teams in the country.”

The College of Southern Idaho is in the tournament’s final four will play Vincennes University tonight.

“We’ve had the best season at Snead in 28 years. It was truly a great group of players. I talked to the team all year about how we weren’t better because we were bigger or more athletic but because we played harder and played for each other,” said Coach Patterson. “I truly feel we were the most unselfish team in the league and are the closest team as far as relationships that I’ve ever coached.”

“I will really miss all of our sophomores that will be going to new schools next year, and I wish them the best. I would like to thank our college and community for all the support we have received,” said Coach Patterson.

The Parsons went 14-2 playing at home and never lost a conference game in the Plunkett-Wallace Gymnasium.

“Our supporters really made our team feel special and gave us an advantage at all of our games because of their support. I hope that this season has started something for the future as far as the support we have received. We’ve always had more community support than other teams in our league, but this year was at a whole other level.”

Snead State moved to a 6-5 lead after a jumper from Chandler Davis with 14:26 left in the first half for its only lead of the game. The Parsons were down 62-36 at intermission.

Snead State never came closer than 22 points in the second half before CSI’s margin expanded to 42 points with just over three minutes left in the game.

James scored 20 points for the Parsons and hit four 3-pointers. Davis and Youngblood both had seven rebounds for Snead State.

Freeman hit 6-of-11 treys, scoring 18 points for the Parsons. 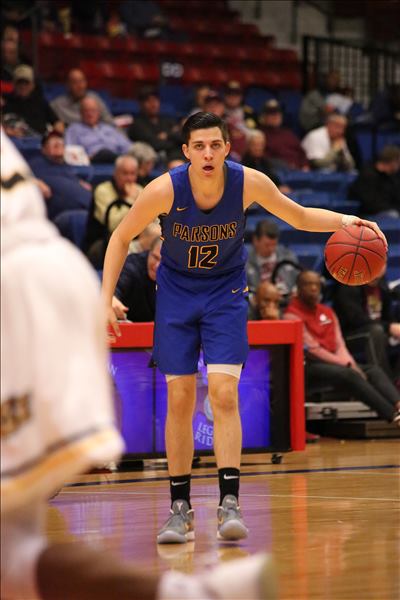 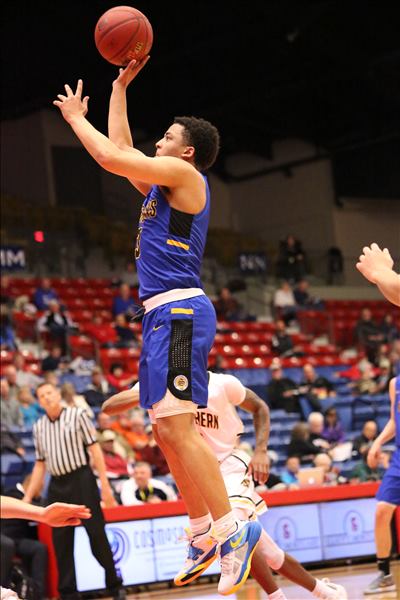 Sophomore Josh Freeman of Cullman hit 6-of-11 treys, scoring 18 points for the Parsons. It was Snead State’s first trip to the tournament in 28 years.

Trai James of Madison scored 20 points for the Parsons and hit four 3-pointers in Monday night’s 119-82 loss to the College of Southern Idaho in the NJCAA Men’s Division I National Tournament.