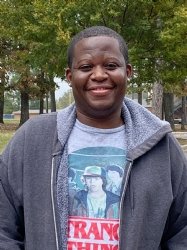 Jonathan Baker of Guntersville is on the path to a career as a coach and PE teacher, but his journey took a different route than some of his peers at Snead State Community College.

At 18 years old, fresh out of high school, Jonathan enlisted in the U.S. Navy. A 2005 graduate of Gadsden High School, he was looking for an escape, and he believed the Navy offered just what he was looking for.

“During my junior year in high school, my mom was diagnosed with leukemia. She always encouraged me to go and do great things. At the same time, I realized my stepdad was not who I thought he was. He put my mom through a lot. It was hard,” he said.

After his mother passed away and he graduated from high school, he decided not to pursue his plans of going to the University of Alabama. Instead, he spoke to a recruiter and believed the Navy was just what he needed.

“I thought it would help me grow as a man, and I could travel and see the world more. But it was not what I expected,” he said.

Jonathan went to boot camp in the Great Lakes area for eight weeks, and then he attended “A” school, where he learned about the career he would have while in the Navy. He held a personal staffing role and learned quickly “how to have a thick skin.”

He hoped to be assigned shore duty at first until he talked with a friend he met in boot camp. He learned if he received sea duty, he could be stationed in San Diego, California, a place he’d always wanted to go. He worked on a carrier alongside 5,000-6,000 people.

“When we went on missions, we could be gone two or three days, but when we were deployed, which was about every three months, we could be gone for six to nine months at a time,” he said. “Deployments were the roughest because you were on the same ship with the same people for long periods of time. I did travel to different locations such as Japan, which is beautiful, Sydney, Australia, the Philippines and Hawaii.”

Though his enlistment did not turn out the way he’d envisioned, he did have new experiences and memories he wouldn’t have made otherwise, including one from his time in the Philippines.

“There was so much poverty there. I met a boy who was living in a tent. He came up to me and told me how much he liked my shoes. He didn’t have any shoes of his own, and I had another pair in my pack. So I gave my shoes to him. We got to meet his family and speak with them. It was all very humbling.”

Jonathan believed his four years spent in the Navy served a purpose God was fulfilling in his life.

“I learned to deal with many situations I would encounter in life, and I was able to help others. If someone was to come to me asking for my advice about possibly enlisting in the military, I would advise them to ask a lot of questions and do their research before enlisting.”

Without taking the path he did with the Navy, Jonathan believed he wouldn’t have enrolled at Snead State Community College, but he’s glad to now be a freshman majoring in wellness and fitness with plans to pursue a degree in kinesiology.

“I wasn’t sure about enrolling because I knew most of the students would be 18, and I’m in my 30s. And it’s been an adjustment, but I love it. I thought I’d be an outcast, but once I settled in, I realized I wasn’t the only (student) older. This is the best school, and the instructors are very down to earth,” he said.

In addition to his classes, Jonathan also serves as a student Ambassador.