The Snead State Community College basketball teams have kicked off the 2017-2018 with one goal in mind – to advance to the conference championship.

“I believe we have all the pieces we need to accomplish that goal, and with consistent hard work, it is within reach,” said Snead State Women’s Head Coach Destinie Smith, who is in her first year of leading the Lady Parsons.

A former student athlete, Smith recognizes how sports and education go hand-in-hand, which is why her team will focus on goals to graduate and to maintain a team grade point average of 3.5 or higher in addition to their goal of having a winning season.

“Athletics is the vehicle that helps you get through the journey of college education. It can either push your forward or hinder you. Our philosophy with our athletes is classroom first, court second,” she said.

Persistence is key as the Lady Parsons move forward through the season. With two losses against Cleveland State (50-57) and Roane State (49-56), Smith said nothing will stop her team from working hard and giving their best.

“No matter what I face or my team faces, nothing will stop us from striving forward. Persistence is not for the weak; it is for those with passion, goals and dreams to achieve.

“I’m looking forward to seeing our athletes grow personally and athletically. Our program focuses a lot on the type of character our players have and how their behaviors and mentalities translate to performance on the court,” said Smith. “I’m also looking forward to seeing how we handle the different challenges we’ll face this year with our tougher opponents and fighting to stay mentally together as a team.”

With a challenging season ahead of them, Smith is ready to lead the Lady Parsons in meeting those challenges head-on. “Each game brings something different that we’ll need to pull from to keep moving forward.”

The Lady Parsons have the leadership of returning players, Kaitlyn Hadley of Huntsville, Jessica Ward of New Market, Rhianne Green of Rockledge and Shavonne Holton of Haines City.

“Jessica Ward is our most experienced returner, but we are looking to Kaitlyn and Rhianne to bring us something fresh from their experiences last year. We also have sophomore guard Nyla Pressley (of Huntsville), who is a transfer from Lawson State. We are expecting her to play many minutes for us.

“I am also excited about our freshman class – Catlin Carter (of Bessemer), Tamia Willingham-King (of Decatur), Cassie McDaniel (of Crossville), and Taylor Jennings (of Huntsville). Each of our freshmen bring something different, and we are looking forward to seeing them define their game at the college level throughout the season,” said Smith.

Ward and Carter will serve as team captains this year. Also joining the Lady Parsons are three walk-on players, Madison Norton of Arab, Anna Snead of Susan Moore and Destiny Bozarth of Boaz.

After last year’s successful conference play, which concluded with the men’s basketball team advancing to the semifinals of the ACCC Championship Tournament, Head Coach Jeremiah Patterson is ready for a season that will top last year.

“Our goal is to compete in every game we play. We finished last year playing so well in conference, and we are hoping to improve on that this year. I believe the team that works the hardest and is the best prepared has the best chance to win. I believe the same is true in education and life,” said Patterson.

Leading the Parsons this year will be two sophomore starters. Trai James of Madison was first team All-Conference in the North Division and second team All-State. Chandler Davis of Salem, Ga., started most of last season at center and is being recruited by several Division I schools.

Other players to watch this season include Payton Youngblood of Oak Mountain, Jacob Hyde of Gadsden, Josh Freeman of Cullman and Chance Fisher of Huntsville.

“We have some newcomers we are also excited about,” said Patterson. “Brandon ‘Bubba’ Wright (Birmingham) red-shirted last year, and we are expecting him to get a lot of action this year. Hunter and Cam Preston (of Mobile) and Joel Logan (of Huntsville) will provide us some depth at the four and five positions. Odell Ferrell (of Atlanta, Ga.), Jalen Jordan (of Birmingham), Christian Wilson-Poole (of Birmingham), Jason Morrison (of Atlanta, Ga.), and Dazz Riggins (of Atlanta, Ga.) will provide depth at the guard and wing positions.”
With two recent losses to Cleveland State (75-78) and Roane State (79-82), Patterson believes the team will continue the improvement and success it experienced last season.

For a complete schedule for both basketball team, visit snead.edu/athletics. 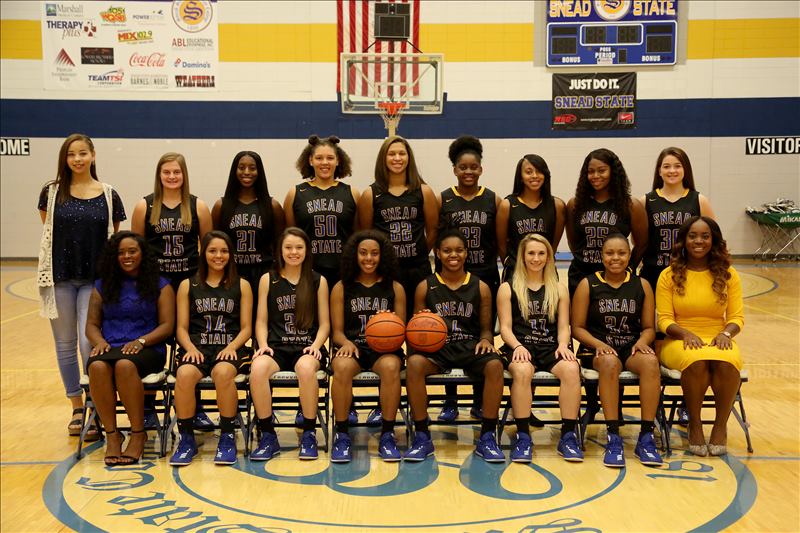 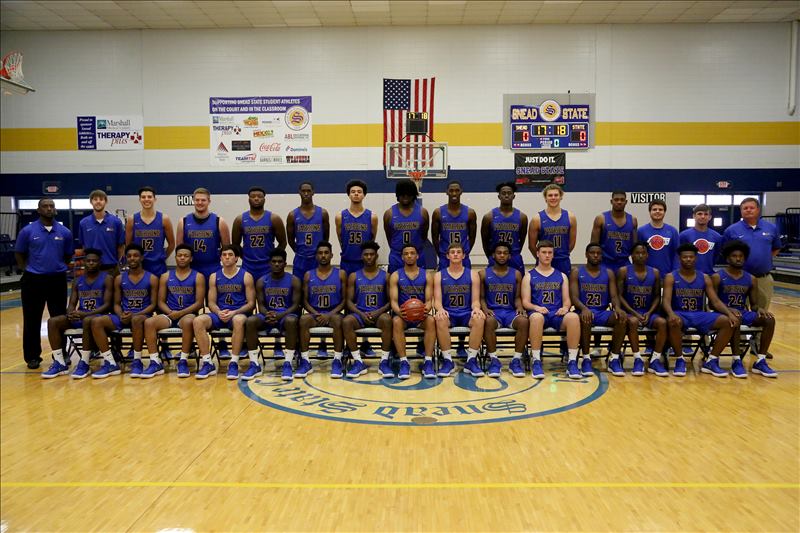