The Boat U.S. National Championship was held May 24-25 on Lake Pickwick in Florence. Tingle and Shelton finished in the no. 15 spot with a total two-day weight of 31.36 pounds. There were 180 boats registered in the event.

Fellow Snead State anglers Grant Garner and Kolby Childers also competed in the event but experienced boat motor trouble on day one, putting them out of contention early on.

“Unlike other club sports, in fishing there are no divisions. You have community colleges going up against Division I schools. All year, our team had a ‘David vs. Goliath’ attitude with overcoming whatever adversity they faced. To see our students go toe to toe with the ‘Auburns and Alabamas’ across the country and be competitive on a national level is a big accomplishment for our program,” said Snead State Fishing Team Sponsor Dr. Thomas Warren.

The Snead State fishing team just wrapped up its third season and is already nationally ranked. Dr. Warren is optimistic for his team in the future. Dr. Warren teaches biology, horticulture and agriculture at Snead State.

“The first year was a big learning curve for everyone. By the second year, we qualified for the national title and placed an angler on scholarship at a four year school,” said Dr. Warren.

“Now, in year three, we have become competitive on the national level and placed another angler on scholarship at a four year school. Every year, this group raises the standard, and I can’t wait to see what the next few years hold. I fully believe that Snead State can win the national title if we keep heading in the direction we are going.”

“The Cabela’s Collegiate National Championship on Lake Pickwick was nothing short of amazing,” said Shelton.

“It’s hard to complain about catching over a hundred each tournament day. The bite was good, and we even had to leave them biting. Justin and I just never had a big bite to really push our weigh up, but regardless, it was a great tournament. I look forward to coming back next year.”

“Our trip to the national championship was one I’ll never forget. Our practice was a struggle. It was hot, and fish didn’t want to bite when we found the schools,” said Tingle.

“Day one was a slow start. We only had two keepers at 11:00 a.m. and then made a move to a spot where we never practiced but knew there were fish. By 12:30 p.m., we were able to get a limit and cull up and have 16 lbs. On day two, we had a better boat number and were able to boat three keepers at our first spot and made the move to the spot where we had success on day one. The big fish seemed to move a little, but we were able to find them again and get a limit for 15 lbs. which got us a 15th place finish.”

“I couldn’t be more proud of our team’s performance at the National Championship. This was a group effort, and all the credit goes to all of our team members and our sponsors who have generously supported us this year.” Dr. Warren stated. 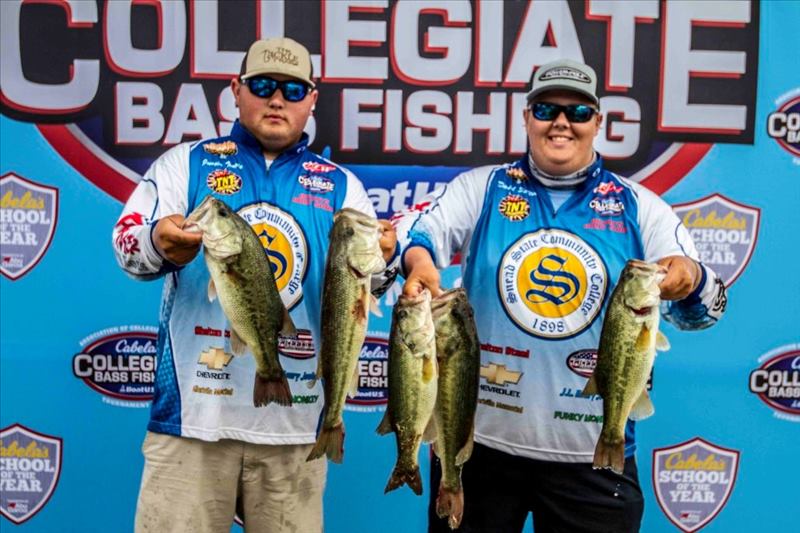