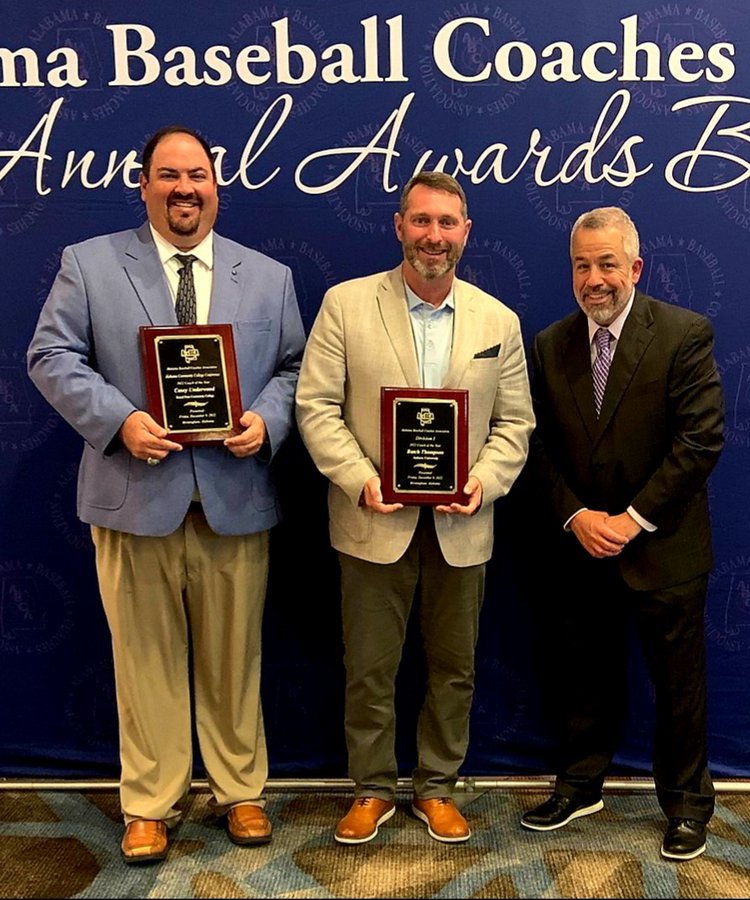 In his fourth year at the helm, Underwood led Snead State to a historic season in 2022 that ended with the program’s first-ever Alabama Community College Conference (ACCC) Championship and a trip to the NJCAA Division I JUCO World Series.

“It is an honor to receive the ALABCA’s Coach of the Year award,” Underwood said. “This award is truly a team award and would not have been possible without our team, coaching staff, and their hard work on and off the field. I also want to thank our college and community for supporting our baseball program.”

In addition to the ALABCA, Underwood was named the 2022 ACCC Coach of the Year after coaching the Parsons to a 42-14 record — the most wins in a single season in school history.

“This is a well-deserved honor,” Snead State President Dr. Joe Whitmore said of Underwood’s recognitions. “Coach Underwood is so much more than a coach to these young men.  He has a great baseball mind and is as competitive as anyone, but his real strengths are developing our student athletes into productive citizens and great young men. He prioritizes academics, community involvement, sportsmanship, and teamwork above all else. Snead State is proud to have him as a leader in our athletic department.

Underwood was previously named co-Coach of the Year in 2021 by the Alabama Baseball Coaches Association.

Before being named head coach, he worked for 13 years as assistant coach for the Parsons. In 2014, Underwood was awarded Assistant Coach of the Year by the Alabama Baseball Coaches Association.

Underwood played baseball at Snead State from 2003-2005 before graduating and joining the coaching staff.