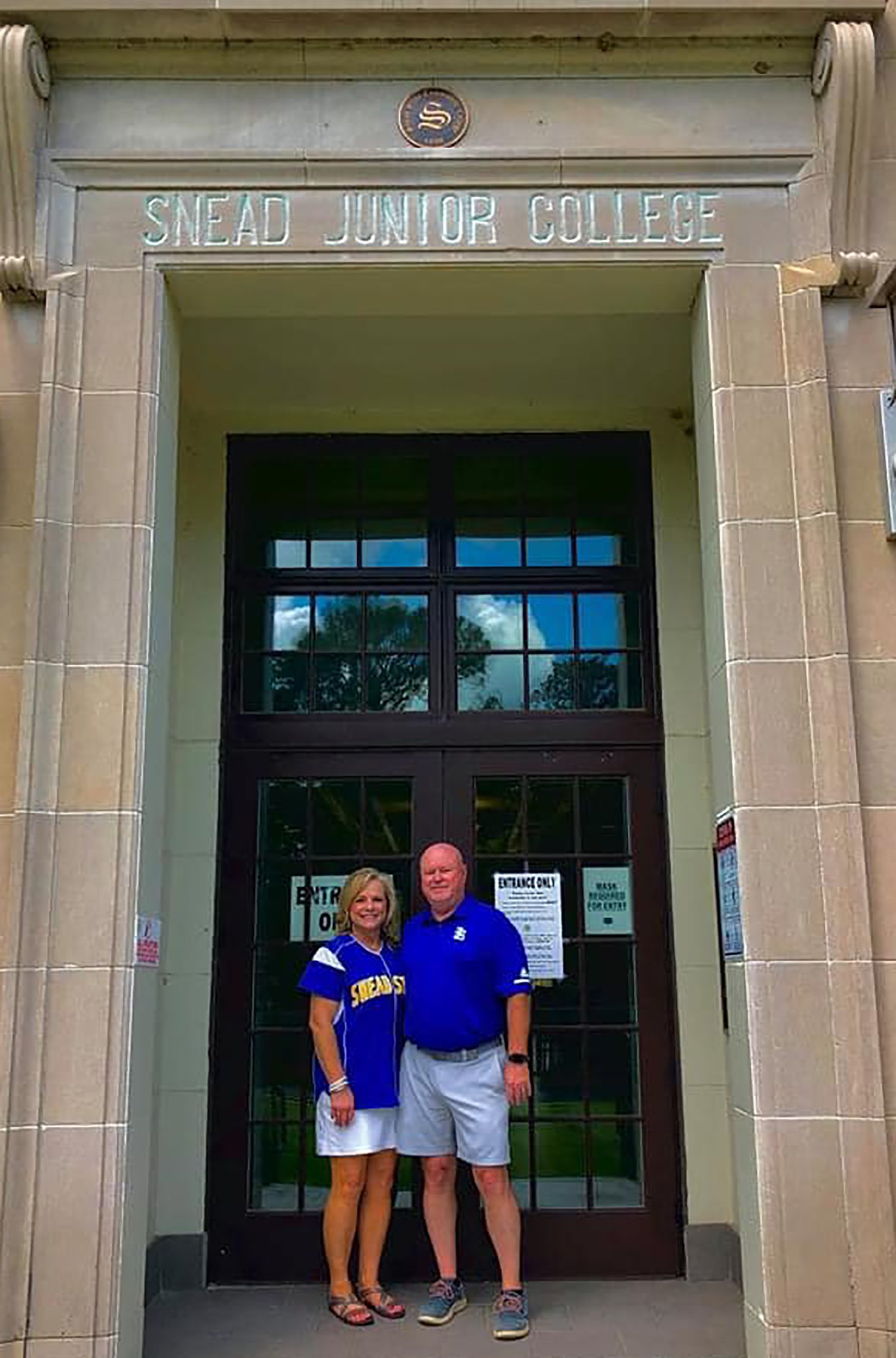 Joe Whitmore stepped into the role of Acting President of Snead State Community College after Dr. Robert Exley announced his retirement in June. The transition has been somewhat of a whirlwind, with the first 30 days of his new position passing by in a blur. But even as he’s adjusted to the change, Mr. Whitmore is looking forward to the positive opportunities ahead for the College.

“The transition has been a challenge, and I realize I run out of hours in the day to do all I want to do. I’ve learned to multi-task and to rely on the people around me to do what they’re good at, and everyone has been willing to pitch in to help out. There’s a lot going on behind the scenes to make things work,” he said.

While he’s in the position of Acting President, he hopes to emphasize to the Snead State family and the community his desire to be accessible and transparent in his work.

“I hope our community supporters will feel comfortable stopping by to see me. I want to share with everyone what’s going on. I want them to feel engaged and understand the decisions we’re making. I want them to ask questions, and if I don’t know the answers, I’ll do my best to find them.”

He has been meeting with various community stakeholders as a way to not only introduce himself but to open dialogue about the college’s role within its service area.

“Everyone I’ve met with has been excited. They want to see Snead step out, be visible and engage in the community more. As we begin work on the ASPIRE 2030 plan, we will be bringing in external stakeholders and engage them in this process. Everyone I’ve reached out to wants to help. There has been an enthusiasm and an appreciation for Snead State.”

ASPIRE 2030 is a comprehensive strategic planning process launched by the Alabama Community College System in June. Standing for Achieving System-wide Potential through Increased Resources and Engagement, ASPIRE is community-focused in developing a plan for capital improvement projects that will advance the colleges’ goals of improving college transfer, increasing student completion, supporting the needs of local business and industry, and achieving equity in student participation and success.

“I’m very excited to engage our internal and external stakeholders with ASPIRE 2030. Everyone who has been asked to be involved has been eager to help. This is an excellent opportunity for us to honestly identify how the College can expand its programs and its role within the community to better serve our students. It takes a village for the College to be successful, and this is one way for us to engage our village.”

“At one time, I believed I would retire from JSU. I wasn’t looking for a job when I applied to work at Snead. But when (my wife) Janet and I came here and met the people, we felt peace that this is where we were supposed to be,” he said.

Four months after joining the Snead State family, Mr. and Mrs. Whitmore suffered a tragic loss when their son, Jake, passed away unexpectedly.
“We’ll never forget how the College and the community embraced us and supported us. We appreciated that more than anyone could know,” he said.

Mr. Whitmore found a place among the Snead State family – one that allows him to continue to grow as a leader. With his new role as Acting President, he said he relies on the two factors that have influenced his personal and professional life over the years: his Christian faith and his father’s example.

“My dad instilled in me my work ethic at a young age. My grandfather was a sharecropper, so working hard was part of my dad’s upbringing. My dad moved around a lot. He was the third oldest of 11 kids, and he never finished school past the eighth grade. He tried to enlist (in the military) when he was 16 after Pearl Harbor, but they wouldn’t let him in. He tried again at 17, but they wouldn’t let him in. At 18, he served as part of the 96th Infantry engaging in combat in the Philippines and Okinawa.”

His father was awarded four purple hearts for his service, and he lost his left arm from the elbow down due to a Japanese mortar during the invasion of Okinawa, Japan. When he returned to life as a civilian, he worked for 37 years without taking a sick day for himself. The elder Mr. Whitmore passed away in 2007 and is buried in Arlington National Cemetery in Virginia.

“He had a unique way of looking at life. He always flew a flag outside of our house. He was proud of his service. He never let his injury slow him down, and he never saw it as a handicap. He passed on to me the love he had for his country and for God. He taught me never to quit and to treat people how I would want to be treated. Those basic family values have meant more to me as I’ve gotten older.

With current circumstances and projects going on at the College, Mr. Whitmore said it’s more important than ever for the Snead State family to work together. The College began work earlier this year on a renovation project for the McCain Center, located on the Boaz campus. The facility has once served as the library and housed student services and business offices before it was closed for renovation.

“The building was constructed in the ‘70s, so it was necessary to completely gut the facility and build it back up to properly address the issues the building had, such as with humidity. We’re on schedule to complete the project by March or April 2021. Our plan is to use that summer to move offices back into the building in time to open for the fall 2021,” Mr. Whitmore said.

The College also began replacing the floor in the Plunkett Wallace Gymnasium this summer. The floor was completely removed down to the gravel underneath and built back up. The new flooring will be made of maple. The project is projected to be completed by December.

“The need to replace the floor became a health and safety issue. The floor had been sanded down and restriped so much that it was worn and giving under the weight of people walking or running on it in certain places. The new floor will be something the community and our alumni can be proud of. We worried about the project interrupting our volleyball and basketball seasons, but now that fall athletics have been moved to the spring because of the pandemic, we do not have to make alternate plans,” he said.

Even with these projects requiring a lot of time to oversee, the College’s greatest challenge so far this year has been its response to the COVID-19 pandemic. For the summer, the College moved all on-campus classes to an online format, and for the upcoming fall, the College will offer both online and virtual formats with some hybrid classes, primarily within the aviation, computer systems technology and nursing programs. Online classes allow students to log in and work on assignments and exams following their own schedule at their own pace. Virtual classes will require students to log in at designated times and days to participate in lectures and discussions led by Snead State’s faculty. Hybrid classes will offer instruction and exams online while required labs being conducted on campus with social distancing and other safety protocols in place.

“We don’t know what the future holds for education with so much uncertainty. We have struggled with our decisions because there are no obvious answers right now. Even if our decisions haven’t been the most popular, we made them with the best interests of our employees and students in mind. It’s important to do what we can to maintain relationships with our students and to deliver a quality product.”