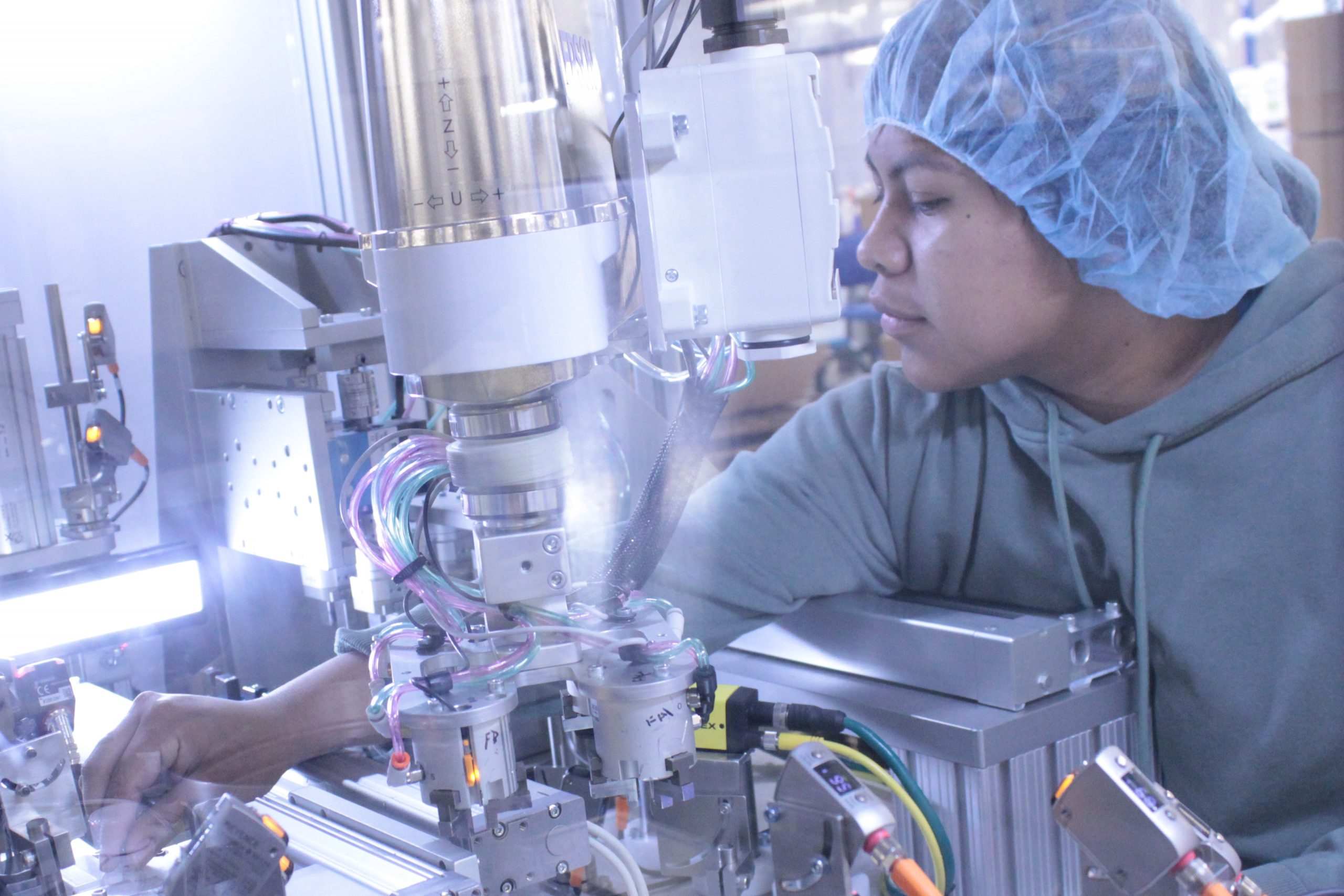 It’s a career field that doesn’t typically attract women, but for Maria Mercedes Andres Felix of Crossville, a career in Industrial Systems Technology is just what she was looking for.

Maria is in her first year of the Associate in Applied Science degree pathway for Industrial Systems Technology at Snead State Community College. She enrolled with one purpose in mind – to earn an education that would lead to a good, high-paying job.

“I wanted to help support my family, and I liked the fact that I would get hands-on experience. I didn’t think about it being a male-dominated field. That wasn’t really obvious to me until I started working in it, but nothing has discouraged me from earning my degree,” she said.

She learned about the Industrial System Technology program through social media. She saw a post about an open house at Snead State’s Technology Center. Even though she was already enrolled at Snead State, she decided to attend the open house and ask questions. Maria changed her major as a result.

In addition to the in-class training, Maria is learning about the Industrial Systems field by working in the field. As part of Snead State’s apprenticeship program, Maria was placed with Atrion Medical in Arab in January and has been working with the company ever since.

She applied for the apprenticeship and received a call to interview.

“They believed in me and believed I could do this,” she said. “I would see someone working on mechanical problems, and I always wondered if I could do that. It’s a process. It’s all completely new now, but I know I will learn it. It will all come together.”

The field of Industrial Systems Technology was a good choice for Maria, she said, because she can take her education and training and pursue many different avenues.

What is one place Maria would like to visit? Switzerland. But for now, she’s content to learn at Snead State and work and train at Atrion Medical.

She also encouraged other women to look into a career in Industrial Systems Technology without reservations of being a woman in a male-dominated career field.

“If it interests you, just do it,” she said.

“I love my co-workers. They are some of the nicest people I’ve ever worked with,” she added.