The win improved the Parsons to 18-7 on the season and 8-2 in conference play. The win also moved Snead State in the top spot in the Alabama Community College Conference’s North Division.

The Bucs had beaten Snead State seven games in a row, including the Parsons’ semifinal loss in last year’s ACCC tournament.

Snead State got out to a great start and went into halftime up 53-41. Shelton State came out hot in the second half and erased the lead to quickly go up by four.

The Parsons fought back to go up by seven and held on to win 96-91.

“It was a great game by two really good teams,” said Snead State Head Coach Jeremiah Patterson. “They were 22-3 and ranked no. 12 in the country coming into the game. They had beaten us by ten at their place, but we did not shoot it as well as we would have liked. We knew if we shot well, we would have a chance.”

The Parsons ended up going 13-of-30 from the three-point line.

“We did shoot better, but it took all we had to hold them back. They are an extremely talented team that can shoot well also,” said Coach Patterson. “It was really good to finally get a win against them. I am so proud of our guys, but there is still a lot of basketball left to play. We can’t quit now.”

Sophomore Peyton Youngblood put up 20 points for the Parsons. He went 6-of-8 from the three-point line and had seven rebounds. 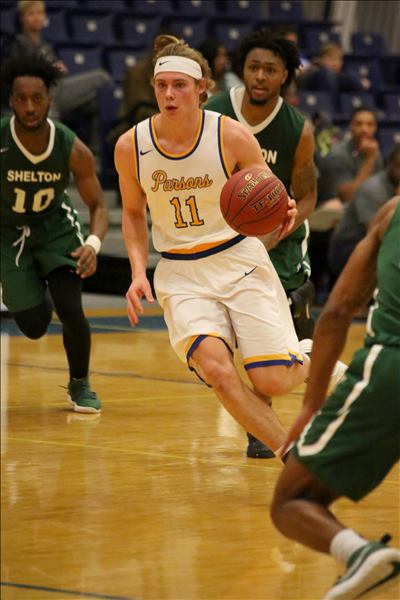 Snead State took down the nationally-ranked Shelton State Bucs Monday night 96-91. The win moved the Parsons to the top spot in the ACCC North. Peyton Youngblood led the charge with 20 points and seven rebounds.