The Snead State Alumni Association paid tribute to veterans and active military during the 2018 Alumni Homecoming held Friday, May 4, in the Plunkett-Wallace Gymnasium.

The Salute to Veterans theme for the annual event honored the service and sacrifice of veterans and active military. About 85 alumni, students, employees and guests gathered enjoy a meal and entertainment provided by the Victory Belles and to honor the recipient of the 2018 Alumnus of the Year Award. 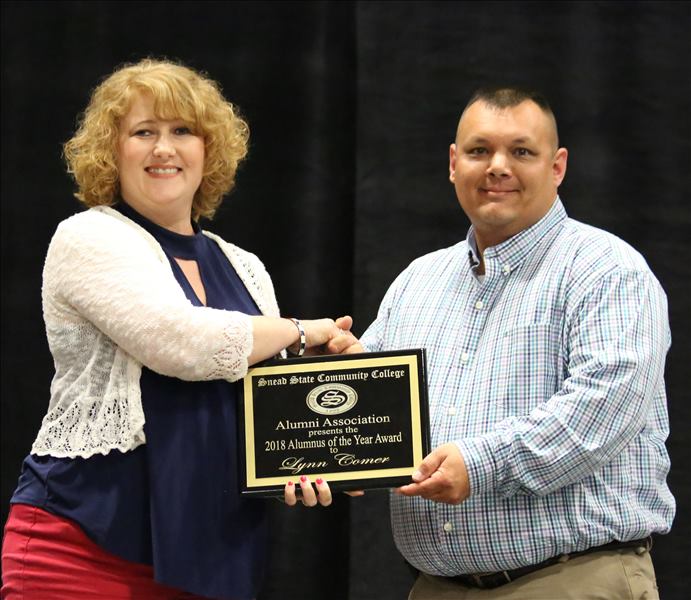 Alumni Association President Cherri Barnard presented the Alumnus of the Year Award to Lynn Comer of Blountsville. Mr. Comer joined the U.S. Army after graduating from Arab High School in 2000. After completing basic training at Ft. Benning, Georgia, he attended combat media school and then was assigned to his first unit in Alabama – the 117th Field Artillery.

He was assigned to duty in Huntsville after 9/11. In 2004, he was assigned to the 926th Engineering Battalion located in Huntsville. He was deployed to Afghanistan in May 2004 and didn’t return to the States until February 2006. During his deployment, he was attached to the 25th Infantry division, and the unit was in charge of improving the infrastructure in many different towns in Afghanistan, offering medical assistance to the local people.

When Mr. Comer returned home, he finished his military career with the 926th Engineering Battalion. He was honorably discharged from the United States Army in 2008. A year before his discharge, he married his wife, Hannah.

His career following the military has included a job with the Marshall County District 1 Commission and then the Marshall County Engineering Department. He enrolled at Snead State Community College to begin his pursuit of a career as a Civil Engineer. After graduation from Snead State, he transferred to UAB to continue his studies with plans to graduate in late 2019 to 2020.

Mr. Comer made an impact at Snead State by helping to start the Snead State Veterans Association. The purpose of the Veterans Association is to provide a safe environment for veterans and their dependents to interact with their peers and to encourage the completion of an Associate degree. Even after graduating, he continues to remain an active member of the association. He says he enjoys meeting new people and making new friends by remaining an active part of the organization.

Mr. Comer recognized two officers of the Snead State Veterans Association, President Ryan Howell and Vice President Kory Rogers, for their help in establishing the association and keeping it active. He expressed his hope in seeing the organization grow and continue to help veterans.

The presentation was made following a performance by the Victory Belles from the National World War II Museum in New Orleans, Louisiana. 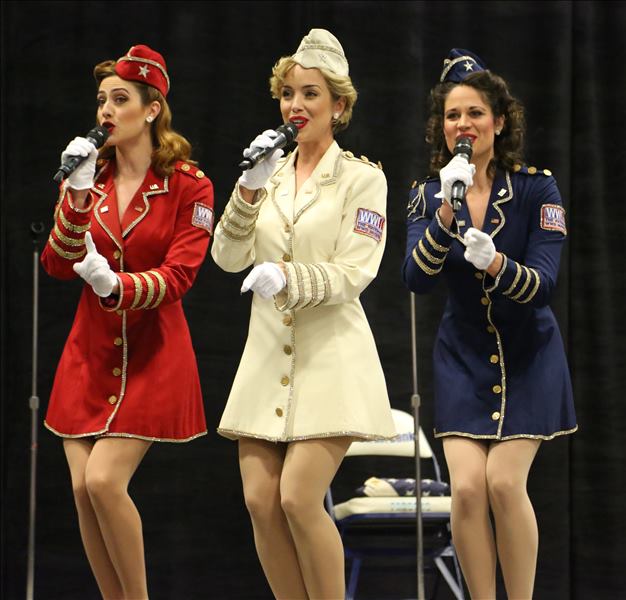 The Victory Belles are a vocal trio who travel the globe delighting audiences with their spirited performances. The Victory Belles represent the patriotic fabric of World War II America in keeping the sentimental musical history of the 1940s alive. They regularly performance every Wednesday at the National World War II Museum’s Stage Door Canteen, and they have performed at hundreds of military, veteran and civilian events around the world.

As part of the Alumni Homecoming festivities, a new slate of officers was approved for the 2018-2019 year. The officers are President Cherri Barnard of Geraldine, Vice President Malarie Allen of Sardis, and Secretary/Treasurer Matt Hubbard of Sardis.