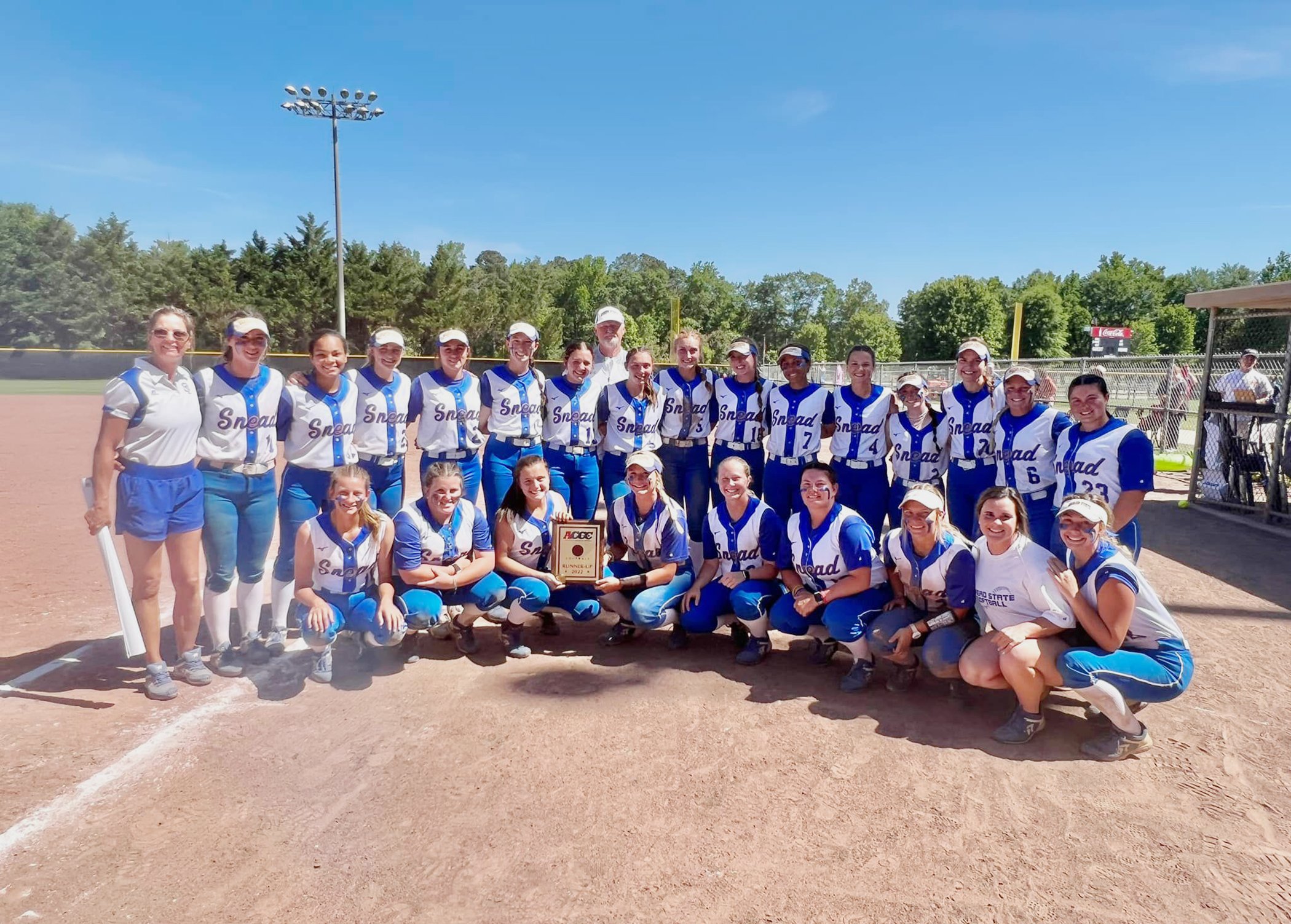 With the runner-up finish, Snead advances to the NJCAA Division I Softball Mid-Atlantic District Championship. The Parsons will travel to Spartanburg, SC to face Spartanburg Methodist in a best of three series Friday and Saturday. The winner will advance to the NJCAA National Tournament May 23-28 in Yuma, Arizona.

The Parsons opened the state tournament with a 6-5 dramatic walk-off win over Shelton State. Molly Pendley, Aaliyah Byrd and Chloe Chisenall all hit homeruns against the Bucs. Byrd’s homer was the walk-off that sealed the Lady Parson’s first win of the tournament. Pendley tallied three hits, including a double to go along with the homer. Chisenall had two homers and drove in three runs. Madison Wright pitched the entire game for the win. She allowed five hits and struck out six.

Snead then beat Coastal Alabama-South 7-1. Julia Hurley had three hits while Wright and Blakely Burr each had two. Chisenall had two runs batted in. Wright earned the win, going five innings while allowing five hits and striking out five. Reagan Cornelius pitched two innings, giving up two hits and striking out one.

Snead suffered its first tournament loss, a 4-0 setback to Wallace-Hanceville. Rylee Bartlett had the only hit for the Parsons.

In an elimination game, Snead rallied for an 8-5 win over Shelton State to advance to the championship game and a rematch with Wallace-Hanceville.

In the second win over Shelton State, Pendley went 4-4, including a double, three homeruns and five RBIs. Burr and Chisenall also added homeruns. Wright pitched a complete game and struck out four to earn her third win of the tournament.

Burr had two hits and McKenna Jones had one.

Pendley, Wright and Chisenall each were selected to the all-tournament team.

Heading into the District Championship Pendley leads the Parsons in batting with a .465 average. She also leads the team and state with 21 homeruns and her team-leading 63 RBI is second in the state. The 21 homeruns are a Snead single-season record. Pendley also held Snead State’s career homerun record with a total of 39 so far in her career.