BOAZ, ALA. – The end of an era has come to the baseball program at Snead State Community College with Gerry Ledbetter’s retirement after 26 seasons as head coach.

Ledbetter will be recognized in a special pre-game ceremony Thursday, May 3, when the Parsons take on Calhoun Community College in their final home series of the 2018 season. The ceremony will begin at 11:45 a.m.

“I feel blessed to have been given the chance to work with such outstanding players, parents, coaches, teachers and administrators throughout my time at Snead State,” said Ledbetter.

“Coach Led has made a huge impact on Snead State since the day he first stepped foot on campus in 1992,” said Athletic Director Mark Richard.

“His successes on the field and relationships he has built led to his long-term success as our head baseball coach. He has impacted so many student-athletes over his time here.”

Looking back at his tenure, Ledbetter said one of his most memorable moments came several seasons ago when the Parsons were playing Bevill Sumiton.

“We had taken the lead in the 10th inning. In Bevill’s last at bat, a kid hits a bomb to left field and yells ‘see ya’. It seemed like my left fielder hung in the air forever, but he caught that ball over the fence. Our team carried him off the field.”

During his high school career, Ledbetter played football, baseball and basketball for the Boaz Pirates. He graduated in 1965 and signed a baseball scholarship to Jacksonville State University.

During his prime at JSU, Ledbetter was one of two Gamecock players to be named to the NAIA Little All-American Team. As a center-fielder, the Gamecocks advanced to the Alabama Collegiate Conference Tournament three times. All three years, Gerry was named to the All-Alabama Collegiate Conference Team. In his Little All-American year, he excelled on defense in centerfield and batted .406 for the season. He hit .320 or better each of the four years he played at JSU, a record.

Desiring to move back closer to his roots, he took a teaching/coaching job at Douglas High School in 1972 and coached there until 1992. His DHS Varsity Boys Basketball team won the Area Tournament four years and finished in the finals three additional years. He also coached football and initiated a new varsity baseball program while at DHS.

In 1992, Ledbetter became head baseball coach at Snead State. During his tenure at Snead, he has had 11 players sign professional contracts and well over 200 players sign four-year scholarships.

“Snead has been good to me,” said Ledbetter. “Now more than ever, the College does a good job emphasizing athletics. It makes it a lot of fun for the coaches.”

“These last 10 years have been my best years at Snead State because of President Dr. Robert Exley and Athletic Director Mark Richard. They have invested into athletics and into our student-athletes. It’s made a tremendous difference.”

Ledbetter has more than 600 wins as the Parsons’ skipper, many of them shared with Associate Head Coach Casey Underwood.

Ledbetter and Underwood have spent the last 15 seasons together. Underwood played for him from 2003-2005 and has served beside him as an assistant coach since then.

“Casey has been the best thing that’s happened for me. He’s just like my son. When he played for me, former JSU baseball coach Rudy Abbott told me I needed to hire him. He was consumed with baseball,” said Ledbetter.

“I’ve had the privilege of watching Casey evolve not only as a player but as a coach and a leader. He loves the game of baseball and loves our players. He’s been very loyal to our program, and without him, I don’t think we would have had the success we’ve had.”

But for Underwood, Coach Ledbetter’s record goes far beyond wins and losses.

“It’s his character that defines Coach Led’s greatness. He’s been an outstanding role model and mentor to me. He treats everyone, players and coaches, with great respect,” said Underwood.

“He’s influenced hundreds of young men to enter the coaching profession and to accomplish things they never would have attempted without his guidance. He’s a family man, a great role model, friend and outstanding contributor to the community.”

During his 26-year career at Snead State, it was not the game that meant the most to Ledbetter – it was his players. Ledbetter continues to have close relationships with several former Snead State baseball players, which speaks to the quality of their experience under him.

“Coach Ledbetter exemplifies a servant’s heart inside a coach’s demeanor expecting excellence from his players. For 26 years, he has given his all to provide his players with the opportunity to fulfill their dreams,” said Snead State President Dr. Robert Exley. “I am proud and honored to be his friend and his colleague.”

“The proudest moments I have had were seeing my young men graduate and seeing them go on in life to good careers,” said Ledbetter.

Snead State’s English and Languages Division Director, Dr. Cynthia Denham, is a long-time friend of Ledbetter’s. She’s worked with Coach Ledbetter to help the players in her class succeed, as well as supporting the team each year.

“Gerry Ledbetter’s legacy will be the influence he has been on young men in guiding them to be the best on and off the field,” said Dr. Denham. “He has stressed that they are student-athletes. With the respect he has from university coaches over the decades, he has helped many Snead players continue on to the next level. Coach Ledbetter has earned the respect and admiration from coaches, players, parents and colleagues.”

Beside him every single step of the way was his wife, Carolyn.

“There’s not many wives who could put up with what Carolyn has,” said Ledbetter. “She’s been with me through 49 years of coaching. She loves athletics. She loves to watch our games and get to know the kids. She brings us all sandwiches to our Saturday home games. She’s always understood the time commitment. She’s sacrificed a lot and never said a word. It’s meant a lot to me.”

The couple attends First Baptist Church in Boaz, and they have two children, Stephen and Luke. They have one daughter-in-law, Misty, and one grandson, Dalton.

Jerry Wayne Hallmark, the Parsons long-time pitching coach, will also retire at the end of this season after 16 years.

“Jerry Wayne has done a tremendous job developing our young pitchers on the field and in life. The guidance he has provided our team will always be appreciated. He’s helped a lot of our players earn the opportunity to pitch at a four-year school,” said Ledbetter.

“I look forward to continuing to help out around the College and watching the baseball program grow under the new leadership. The appreciation Carolyn and I have for the Parsons is immeasurable.” 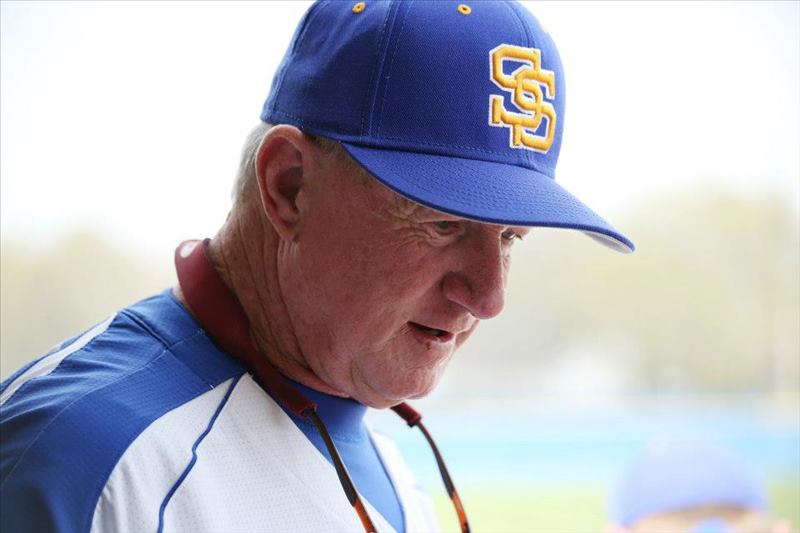 Snead State Head Baseball Coach Gerry Ledbetter is retiring after 26 seasons. He will be recognized in a special pre-game ceremony Thursday, May 2, when the Parsons take on Calhoun Community College in their final home series of the 2018 season. The ceremony will begin at 11:45. 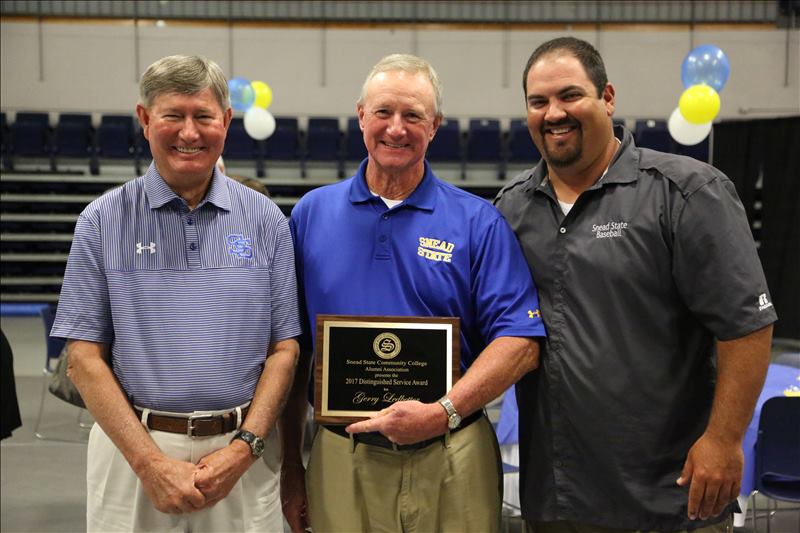