The Snead State baseball team opened up its 2018 season at home with two wins against Mineral Area College on Friday, Feb. 2.

The Parsons defeated the college from Missouri in game one 3-2. Joseph Hartsfield doubled on a 0-1 count to score a run for Snead State in the second inning. Hartsfield went 3-for-3 at the plate.

Amos Willingham picked up the win for the Parsons. He went three innings, allowing no runs on no hits and striking out four. Caleb Floyd earned the save for Snead State.

Floyd and Brayden McCollum both picked up RBIs for Snead State.

Four Snead State pitchers combined to sit down 13 players in the 2-0 shutout in game two. Bailey Isbell earned the win. Heath Senn picked up the save.

Jacob Rich doubled for the Parsons to score a run. Zonterious Scofield also had an RBI.

The team is returning 19 sophomores and has welcomed 25 freshmen to its roster.

Scofield (Cedartown, Ga.) is the only returner for Snead State in the outfield. He batted .341 in 2017. Sophomore Tyler Ashley (Fyffe) and freshmen Caleb Floyd (Birmingham), Alex Prosser (Dallas, Ga.) and Dylan Cook (Trussville) are all fighting to get in to the starting lineup in the outfield.

“Our program sets the example that to be successful; it takes hard work in the classroom and on the field. We strive for the members of our team to be role models for the community and to inspire young players to strive and make it to the college level one day,” said Coach Ledbetter. “We want to see our entire sophomore class graduate with their degree, return to the Alabama Community College Conference Tournament and finish in the top five in the ACCC.”

“If we work hard in the classroom, baseball will take care of itself,” said Coach Ledbetter. “We want to be named an Academic All-American team for the fourth year in a row this year.”

The team faces a tough schedule this season that includes a series on the road in New Orleans to take on Delgado College in March. The Parsons will take on nationally-ranked Wabash College in a double header on Friday starting at 10 a.m. at home.

For a complete schedule and roster, please visit snead.edu/baseball. 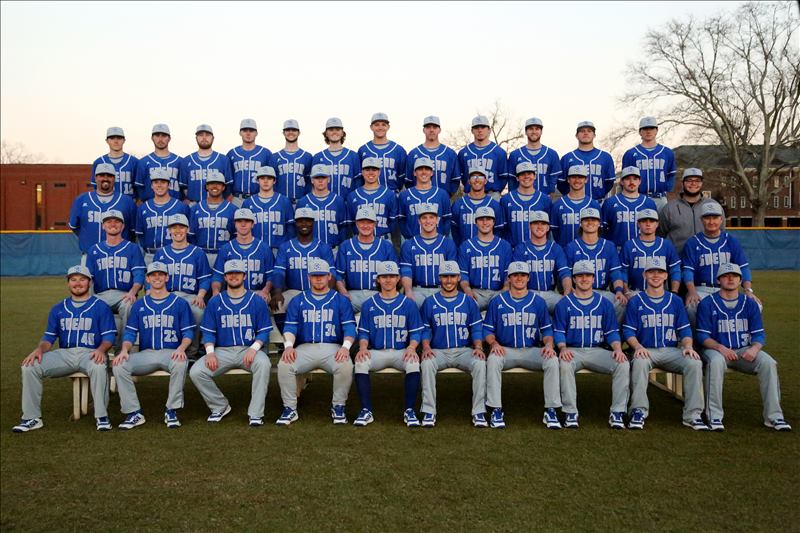 The Snead State baseball team opened up its 2018 season at home with two wins against Mineral Area College on Friday, Feb. 2. The Parsons will take on nationally-ranked Wabash College in a doubleheader Friday at home starting at 10 a.m. Admission is $5. Students get in free with their student identification. Season tickets are also available for $55.